Skip to content
Spain remains ahead of France in global prestige

The pandemic has not affected the external prestige of Spain, which has nevertheless been one of the countries most affected by the Covid, according to the study by the think tank Real Elcano “Spain in the world in 2021: perspectives and challenges “. Spain are in the top group and do better than France.

Covid requires, the main challenge facing Spain this year is the uncertainty, linked to the coronavirus pandemic, which conditions everything from the evolution of the economy to geopolitics. Indeed, from an economic point of view, all eyes are on vaccines and the recovery plan.

The report, which is in its ninth edition, brings together the analysis of researchers from the Real Elcano Institute on the main characteristics of the international scene and the challenges that Spain will face in the coming months in different areas such as politics. foreign, defense or economy.

The year 2020 was of course marked with a hot iron by the Covid-19 and the study highlights that only one country, China, has suffered from the pandemic in its external image, while South Korea and New -Zeeland were recognized for their very effective management of the pandemic.

The Coronavirus has had a positive effect on Spain, however. The study thus underlines that, contrary to what had happened in previous years, “the Catalan independence conflict was practically absent from the international press in 2020”, so that it did not have a negative influence. on the external image of Spain. It should be noted that it is still too early to measure the impact of the scandal of the departure abroad of King Emeritus Juan Carlos I, which received significant international coverage in the press.

The macro-survey by the Real Elcano Institute, whose fieldwork was developed with citizens of countries that are part of the G7 plus Russia, also shows that Spain remains in the top group of countries with the most great global prestige, ahead of the United Kingdom, France, Germany and Italy. 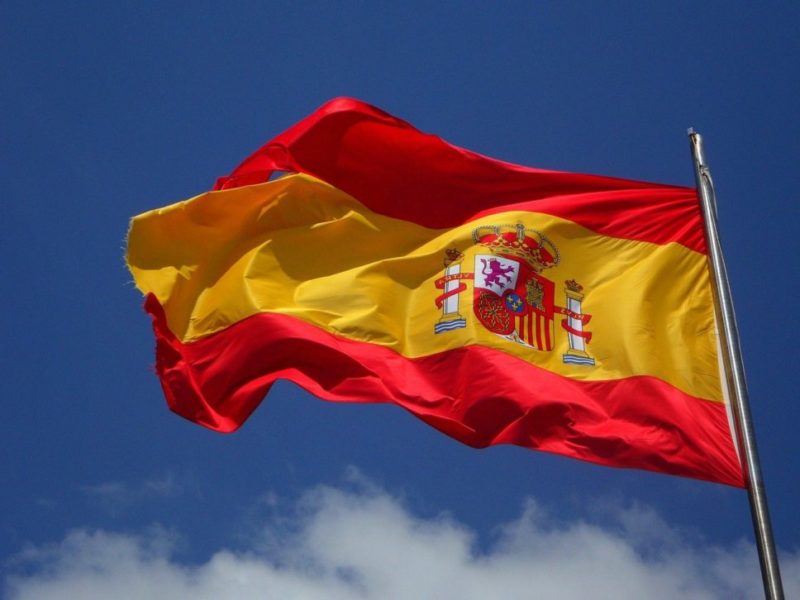 13th place, ahead of the United Kingdom, France, Germany and Italy

In fact, Spain dropped from twelfth to thirteenth position due to the advance of Austria, which slightly exceeds it. But Spain maintains its score of 7.5 out of 10, a figure identical to that obtained in 2019. Spain’s image has continued to improve in recent years, since it has won more than 14 points compared to 2013, when it hit rock bottom, under the effect of the economic crisis.

In this context, Elcano warns that the differences within the government coalition between the PSOE and Unidas Podemos are damaging the external image of Spain and hopes that in 2021 they will not affect foreign policy and in particular European policy too much. .

However, the think tank points out that the beginning of the year 2021 shows that it is not easy to project abroad with a certain solvency or to manage a smooth diplomacy when, for example, from within even from the government, Podemos aligned himself with Russia to question the quality of Spanish democracy, in reference to the statements of Pablo Iglesias, who was then still vice-president of the government.

However, Spain’s reputation, in all surveys on democratic quality, obtains a high note, which places it among the top 15 countries in the world, in terms of democracy and the quality of its institutions. It is true, however, that the Spaniards are very critical of the functioning of their institutions, which produces a gap between the external and internal image which, according to Elcano, would not occur in other countries.

The Spaniards are very critical of the functioning of their institutions

On the other hand, the image of Spain is weaker, but constantly increasing, in the “hard” aspects, such as technology or economic governance, and very strong in the “soft” elements, linked to fashion. of life, climate, landscape, food, leisure, sociability, etc …

In this regard, and despite the pandemic, Spain continues to occupy the leadership as an attractive power in world tourism. Of course, this year tourism is the only value that falls in the report of the Real Elcano Institute, not because Spain has been ruled out as a destination, but because the citizens of these countries do not think about the possibility of traveling. Once again, we find the ubiquitous “uncertainty” factor mentioned at the beginning of the article.

A rapid recovery of the Spanish tourism sector

A note of optimism, however: the results of the study predict a rapid recovery of the Spanish tourism sector and a return to normal as soon as the health crisis is overcome. Indeed, those who have the best image of Spain are precisely the countries of origin of the tourists who visit Spain the most: the British, the Germans and the French. On the other hand, those who have the worst image of Spain are those with an intense migratory relationship, such as Colombia or Morocco.

Recall that before Covid-19, Spain was the second country in the world in terms of number of tourists, only below France, with almost 84 million tourists. Paradoxically, just before the pandemic, as the international tourism fair FITUR celebrated its 40th edition with great fanfare, the gap was narrowing more and more between the two countries. Indeed, Spain had registered 30 million more foreign visitors in just 10 years.